We are delighted to announce we’ve attached the incredibly talented composer Michael Walters to the No Glory movie.

Michael served in the British Army for 26 years as director of music and saw combat action in Afghanistan. Post-Army Michael became a successful composer for TV and film and lists the BBC, CBS and Nike as his clients.

The No Glory team were over in Normandy during the D-Day celebrations at the time when Michael approached us and we are so happy he did. Thank you Michael and welcome to the team!

Find out more about Michael at his website www.mwcomposer.com 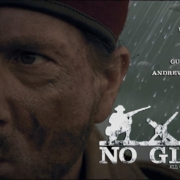 Meet the No Glory team in Normandy this June
0 replies

Want to join the discussion?
Feel free to contribute!

This site uses Akismet to reduce spam. Learn how your comment data is processed.

Meet the No Glory team in Normandy this June