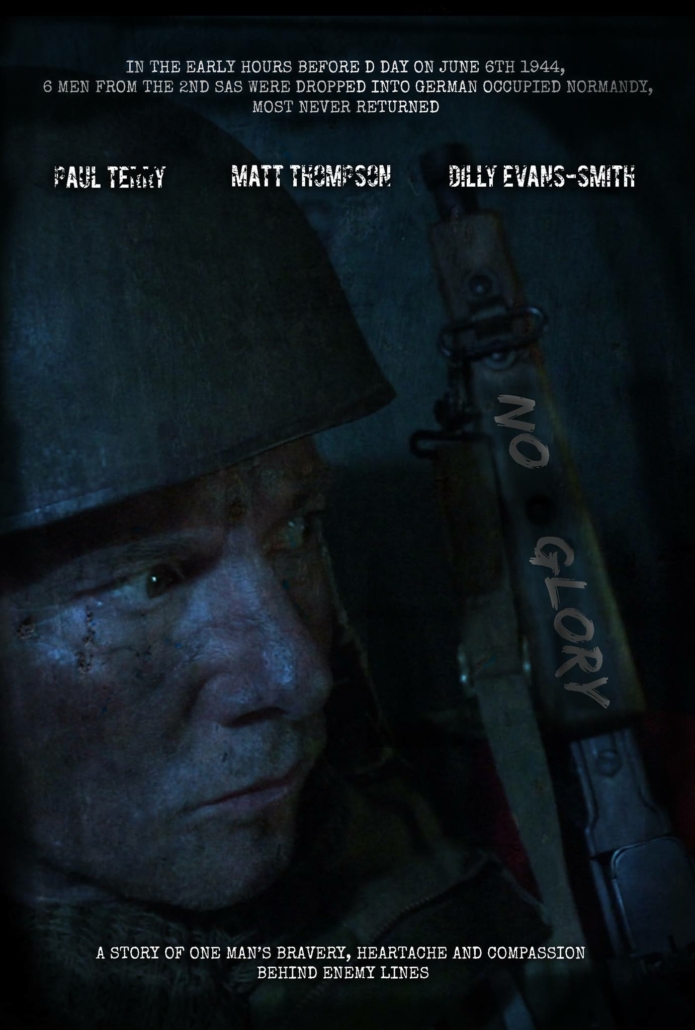 Inspired by the true events of the British SAS during WW2 as they formed part of Operation Titanic.

In the early hours of June 6th 1944, small numbers of men from the 2nd SAS were dropped behind enemy lines in Normandy. Among them hundreds of dummies known as Ruperts giving the impression of a large-scale invasion.

Their objective to cause havoc and mayhem, drawing the German occupying forces away from the beaches and Allied drop zones on a day that would become known as D-Day.

Left behind enemy lines alone the brave soldiers of the SAS must do what they can to survive.

NO GLORY is a film about the real horrors of war, heartache, compassion, and an unlikely friendship during the Second World War.